In 2010, 4 Mort St, Canberra (Figure 1) was upgraded to significantly improve its energy performance. The retrofit was performed with the dual constraints of a limited budget and the building remaining occupied during the upgrade. This Case Study covers the key factors that enabled this 45 year old commercial office building to achieve a 2.5 star increase to 4.5 star NABERS Energy Rating, including the pathway taken and the technologies used.

The upgrade was also done in the context of:

4 Mort Street Canberra was in a situation common to many aging commercial buildings. The building was performing poorly (estimated at 2 stars NABERS Energy), the existing HVAC system was nearing the end of its operational life (unreliable and expensive to maintain), energy prices were increasing, and some of the government tenancy leases were due to expire. In order to retain the building’s capital asset value it was necessary for the energy performance of the base building to reach a minimum 4.5 star NABERS Energy Rating in line with the Australian and State and Territory Government leasing policies. Faced with a limited budget for capital expenditure and a requirement that the existing tenants remain in situ throughout the improvements, the task of upgrading the building was not a small one 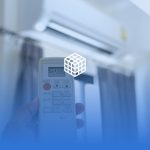